Though life is politics, when it comes to election time, I try (lately) to keep my opinions to myself and my ballot.

I mean, to a certain extent, what is the point?  Our individual opinions (and the policies they lead to) will never ever completely align with everyone else’s.  And how could they?

We each come from our own little corner of the world- have had our own advantages and disadvantages, education, triumphs and losses, visits to the principal’s office, hairdresser, traffic court, theater and third world countries.  Each with a different pocketbook and lunchbox.  Each with our own history of friendship and kin and love with people …who each have a story all their own.  We are all influential and influenced.

Our vote translates to some cocktail of our experiences.  But real life exists in between, and at the end of the day we’re all just a bunch of human beings, so can’t we all get along?!

Yes, I think we can.  During dinnertime, at least.  With lambrusco.  I have not yet met a more diplomatic wine than lambrusco. 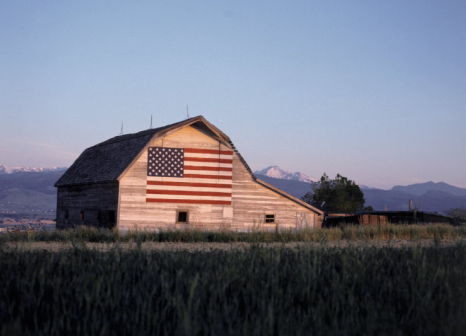 For awhile there, the sugary froth made by the likes of Reunite brought a certain reputation to the version of this wine that was mostly sent to the American, British, New Zealand, and Australian marketplaces.  It was what it was, but it was not the real thing.  The real lambrusco has been made and sipped by the people of its region of origin since the time of the Etruscans.

Diplomacy explained:  Lambrusco can negotiate almost any border- be it meal, occasion, or palate.

Northern Italy’s Emilia-Romagna is the region.  Lambrusco is the grape (there are around 11 or so subvarieties of lambrusco, like Grasparossa, Ancelotta, Salamino, Marani, and Sorbara, that are usually blended).  Frizzante is the style (somewhere between still and sparkling).  Alcohol usually hovers between 10-12%.  Rich foods (like Emilia- Romagna natives Mortadella & Parmigiano-Reggiano) that require a decently acidic and mildly tannic sip of refreshment to cut through its fat is the accompaniment.  Palate cleansing is the purpose.

Those who “only drink red wine” get to drink red wine.  Those who “only drink white wine” can close their eyes and allow themselves to enjoy the slight chill, light body, and bright acidity.  The grapey-ness of most lambruscos may please those with a penchant for sweet things, though their fruit is not offensive to those who prefer a drier style.  The wine is uneventful enough for drinkers who dislike bubbles, and bubbly enough for those who seek a little zing.

Lambrusco amicably pairs with pastas and pizzas, cheeses and cured meats.  It can get along with poultry and gamey roasts.  It jives with Indian, Moroccan, Vietnamese, Chines, Mexican, Korean, and Thai.  It may even (and often has in my house) be sipped all on its very own (let me refer back to that measly percentage of alcohol…wink!).

Eric Asimov provides a solid list of producers that can be found on the market toward the end of this July piece (here).  I would suggest not to pay much mind to the whole part about it being a summertime wine.  It is that indeed, though also pairs perfectly with meals of every season.  Alicia Lini, daughter of winemaker Fabio Lini of Lini 910, told me a few years back that in Emilia-Romagna, lambrusco is actually consumed in greater amounts during the colder months than any others as it is a natural sidekick for heftier fare.

PS- Grapes of Cath is beginning to rumble around on Tumblr.  Hopefully helpful visuals of only awesome wines!

PPS- I hope you were able to stay safe & dry & comfortable during the Sandy storm.  If not, I’m sorry, and I’m thinking of you.